Over the weekend, Abergele’s very own Gwrych Castle hit the headlines in a big way, as it has been leaked that this years “I’m A Celebrity Get Me Out Of Here” will be relocated from Australia to Wales and filmed at the castle which is situated looking over our very own The Beach Caravan Park, Llanddulas. 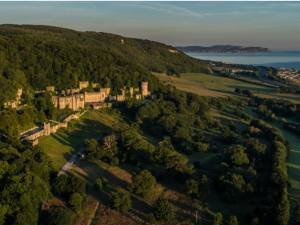 Many of you will have noticed the castle as you drive along the A55 emerging out of the rocks and wondered about it’s story and how it came to be, so we thought we’d let you know more about its amazing history.

Gwrych Castle was built between 1812 and 1822 by Lloyd Hesketh Bamford-Hesketh as a memorial to his Mother’s ancestors, the Lloyds of Gwrych who could trace their ancestry back to the medieval period on the site. 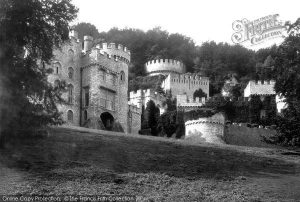 The castle was inherited by Winifred Cochrane, Countess of Dundonald, and became the residence of the Dundonald family until the Countess died in 1924. It is local legend that the Countess’s ghost is said to still prowl the castle ruins after numerous reported sightings of an angry woman in white. 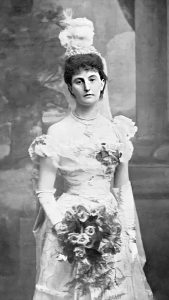 Since then the Castle has been used for various different purposes: 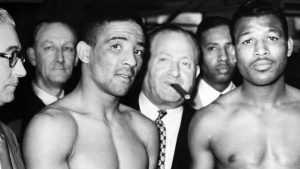 After being sold in 1989, the castle and grounds began to fall into disrepair and the property became the victim of vandals and looting.  In 1997 a local 12 year old schoolboy, Mark Baker, launched a campaign to save Gwrych Castle and wrote to Prince Charles and Tony Blair.  He formed the Gwrych Castle Preservation Trust to raise awareness of the unique building and eventually the Trust was able to purchase estate in 2018.

Work is ongoing to restore the building back to it’s former glory for everyone to enjoy.  If the rumours are true and “I’m A Celebrity Get Me Out Of Here” is filmed at the Castle it will help a great deal to ensure the Castle future!  We’re looking forward to seeing what the future holds for this spectacular bit of Welsh history.

Great Family Days Out in and around Caernarfon

We made it through Lockdown